Zombieland: Double Tap is an American action/comedy sequel to the 2009 film Zombieland. It follows original characters Tallahassee, Columbus, Little Rock, and Wichita as they grow as a family, and introduces several new characters including Madison, Berkeley, Nevada, Albuquerque, and Flagstaff.

A decade after Zombieland became a hit film and a cult classic, the lead cast (Woody Harrelson, Jesse Eisenberg, Abigail Breslin, and Emma Stone) have reunited with director Ruben Fleischer and the original writers Rhett Reese and Paul Wernick for Zombieland: Double Tap. In the sequel, written by Rhett Reese and Paul Wernick and Dave Callaham, through comic mayhem that stretches from the White House and through the heartland, these four slayers must face off against the many new kinds of zombies that have evolved since the first movie, as well as some new human survivors. But most of all, they have to face the growing pains of their own snarky, makeshift family.

Ten years after Zombieland, Columbus, Wichita, Tallahassee, and Little Rock have arrived at the White House and cleared it of zombies, making it a base. However, Little Rock became eager to leave, unable to deal with Tallahassee's overbearing nature. She left with Wichita, who was also feeling smothered by Columbus' marriage proposal.

Although devastated, Columbus and Tallahassee weathered alone and eventually picked up Madison in a mall, who Columbus had sex with. Wichita then returned for weapons, because Little Rock abandoned her too, stealing the car to ride away with Berkeley. Columbus, Tallahassee, Wichita, and Madison then set out after her due to the rumors of dangerous T-800 zombies near where she was traveling, more deadly than any kind of zombie they had witnessed before.

After a failed attempt at a detour to pick up a recreational vehicle as a new means of transportation, the party continued on. During the trip, Madison ate trail mix and aggravated her nut allergy, resulting in zombie-like symptoms and prompting Columbus to shoot her. They then continued to Graceland, which was destroyed, and from there to an Elvis-themed motel run by Nevada, who Tallahassee had sex with.

The next day Albuquerque and Flagstaff arrived, bringing a horde of T-800s with them. They killed the zombies, but were bitten and had to be killed by the party. Nevada then bid them farewell and they continued to Babylon, a pacifist commune that melts down any weapons brought there. Before arriving they picked up Madison, now recovered from her allergy symptoms, who had survived because Columbus actually shot over her head and spared her.

At Babylon they found Little Rock and Berkeley, safe and sound, so Tallahassee decided to depart. Shortly after he did however, he noticed a horde of T-800s surging toward Babylon. Returning to warn of the coming danger, Tallahassee worked with everyone present to prepare an oil trap for the zombies. Although it killed many, the T-800s continued through it and nearly killed Tallahassee, Wichita, Little Rock, and Columbus.

However, they were saved with the arrival of Nevada, who killed numerous zombies with a monster truck she appropriated from Albuquerque until eventually crashing it. Nevada fled with the other four to the tower at the center of Babylon, their path cleared by the Babylon residents on top of the tower who dropped items onto the zombies from above. The group then lead the zombies up the tower to the top, where the residents created a funnel that channeled the zombies across the roof and over the edge to their deaths.

Tallahassee, who had lead the zombies to the edge and jumped onto a hook to save himself, was then brought safely back to the tower and everyone celebrated their victory. Little Rock then broke up with Berkeley, Madison stayed at Babylon with Berkeley, and the original four departed as a family once more. During the credits of the movie, Bill Murray is shown before the zombie apocalypse doing interviews for Garfield 3, when suddenly his interviewer turns into a zombie. Murray fought his way through a zombie infested hotel, remarking with distaste "I hate Mondays". 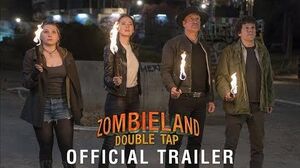 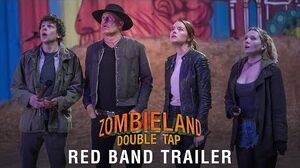 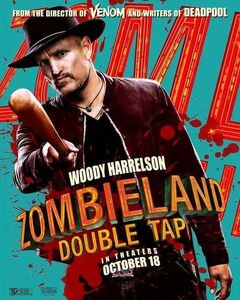 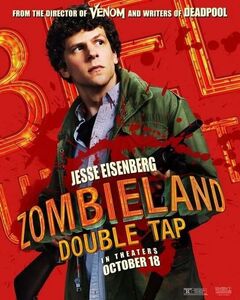 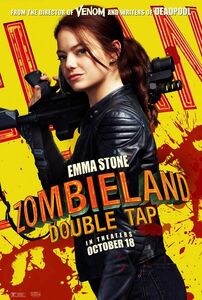 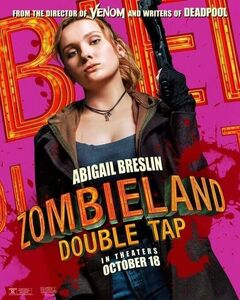 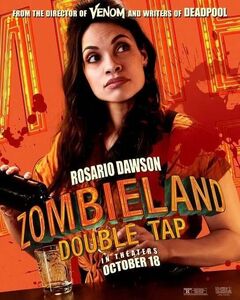 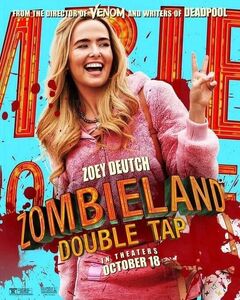 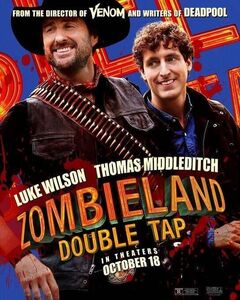 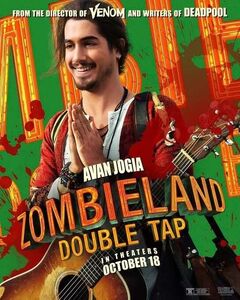